The 100 Club of Buffalo is pleased to welcome four new directors to the Club board. 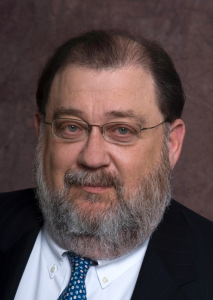 Jonathan A. Dandes was appointed President of Rich Baseball Operations on October 1, 2001. He joined Rich Products Corporation in June, 1986 as product manager and was soon appointed director of restaurant operations. He was named vice president/general manager of Stadium Services, Inc. in 1988, and Executive Vice President of the Rich Entertainment Group in 1996. In his current role, Dandes in charge of the Riches’ three minor-league baseball teams, including the Buffalo Bisons, as well as Be Our Guest Ltd., a Rich Products subsidiary that oversees the public space at Canalside.

Dandes is Treasurer of the NY Penn League & Chair of the Finance Committee of the Texas League, Chairman of the Buffalo/Niagara Sports Commission, and in 2015, he was also named Chairman of the newly created Buffalo Bisons Charitable Foundation.

In 1994, then-Gov. Mario Cuomo appointed him to the UB Council. Dandes still holds that seat, and also chairs the Buffalo Zoo, Erie County Medical Center, Buffalo Public Schools Foundation and is vice chair of Upstate New York Transplant Services. He is past chairman of Visit Buffalo Niagara, Curtain Up!, and is a longtime leader in the Western New York Chapter of the New York State Restaurant Association.

In 2003, he graduated from the Harvard Business School Management Development Program. Dandes is also certified as a Foodservice Management Professional (1994), as designated by the National Restaurant Association. Most recently, Dandes was named one of Buffalo’s Outstanding Citizens of 2017 by The Buffalo News. 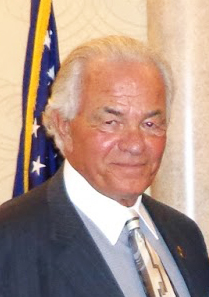 Samuel Palmiere has been the Law Enforcement Coordinator for the U.S Attorney’s Office in the Western District of New York for eleven years. Prior to this position, Palmiere served as Chief of Police in the Town of Tonawanda until his retirement in 2005.

He began his law enforcement career as a police officer in 1972 and rose through the ranks to Lieutenant, Captain, Chief of Detectives, Asst. Chief of Police and then promoted to Chief of Police in 1992.  Palmiere is a graduate of Buffalo State College, the FBI National Academy and the FBI Law Enforcement Executive program, along with numerous federal, state and local law enforcement trainings.

Palmiere currently serves as the Chairman of the Erie County Law Enforcement Foundation, second Vice President of the Western New York Chiefs of Police and a Board of Governors member for the New York State Chiefs of Police Association as well as other local boards and is a member of several additional organizations. In 2016, the 100 Club of Buffalo recognized Palmiere with the organization’s Lifetime Achievement Award for his years of dedicated service to law enforcement. 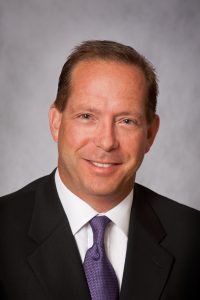 Michael Newman and his brother James are the third generation of the Newman family to operate NOCO Energy Corp. based in Tonawanda, NY which distributes petroleum and operates NOCO Express, a chain of 39 convenience stores throughout WNY.  NOCO is celebrating their 85th Anniversary this year.

Mike directly oversees NOCO Real Estate & Development and Empire Petroleum Services.  Mike is Chairman of Business Advisory Council and incoming Chairman of Kaleida Foundation.  He is also a Board Member with Buffalo Niagara Partnership (2005 – present); YMCA, Buffalo Prep and Bank on Buffalo Advisory Board.  In the past he has served on the boards of several business advocate organizations, including: NYACS Legislative Committee (2016-2017); Amherst Chamber of Commerce (Chairman, 2003 – 2004); NYACS (Chairman, 2008 – 2010), SIGMA (Board Member, 2005 – 2011); and Gulf Oil Distributor Council (2009 – 2011). In 2002, Mike was named one of the top 40 Under 40 Leaders by Buffalo Business First. In January 2012, he was named one of the 125 Most Influential People in WNY. In May 2013, he was elected to the New York Convenience Store Hall of Fame.  Mike is also deeply committed to local historical, health, and humanities institutions, as well as several charities.

Mike graduated from Canisius College with both a Bachelor of Science degree in Finance, and a Master of Business Administration in Finance and Business. He now resides with his family in Snyder, New York. 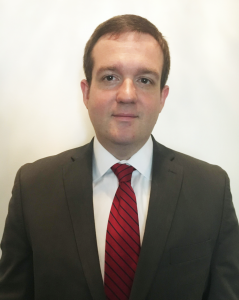 He acts as parliamentarian during legislative meetings to provide guidance on the Rules of the Erie County Legislature and Roberts Rules of Order as well as providing legal advice and memoranda as needed on local and state laws including the State Constitution and Erie County’s Charter.

Musarra is also active in Musarra Partners, where he focuses on various aspects related to real estate financing and transactions; and Musarra Law Offices where he practices law concentrating in landlord/tenant, family law and criminal defense and provided pro bono assistance on Public Safety Officer’s Benefits Act claims for public safety officers who are injured or killed in the line of duty.

Welcome to all of our new directors to the Club board!